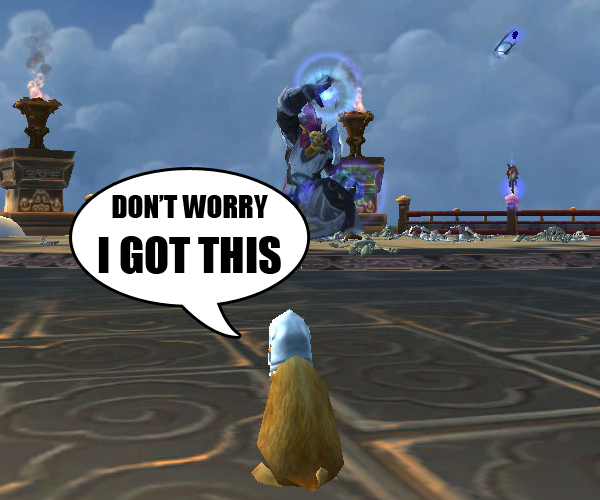 I’d like to show you a nice shot of Garajal’s dead body as a testament to the fact that we killed him, but … this is the best I got.

A guildmate got a little excited during the fight, see, and went overboard.  Just a little. 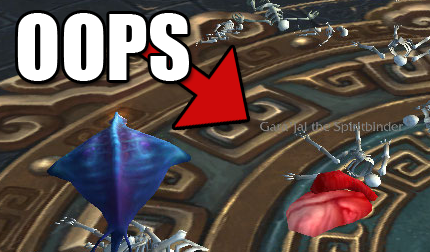 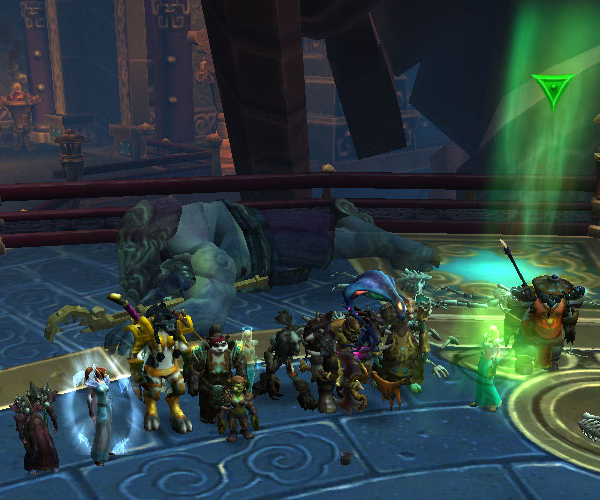 I managed to get a screenshot without our guild leader sporting a pumpkin head this time! 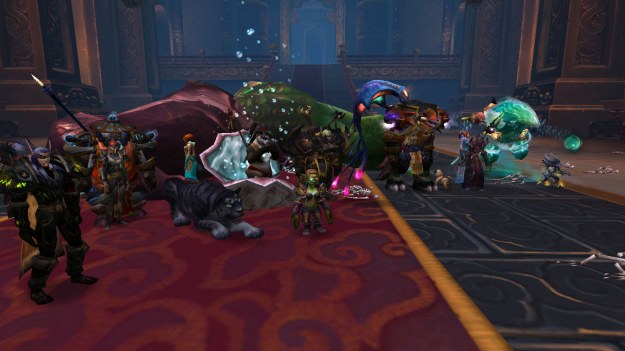 DING DONG THE DOGS ARE DEAD
AND WE REJOICE

THE STONE GUARDS ARE FREAKING DEAD 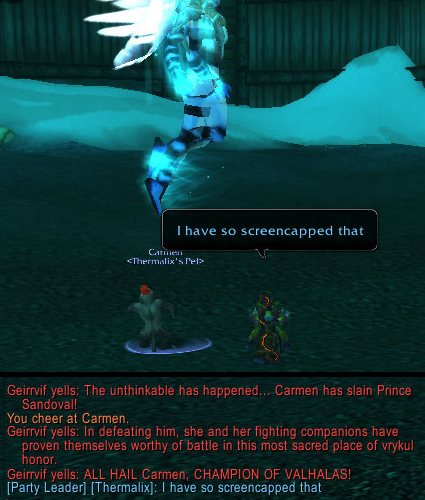 All Hail Carmen, Champion of Valhalas!
They apparently don’t care that they’ve been pwned by a monkey in a fez.

Carmen, formerly a resident of the Swamp of Sorrows, made quite a splash in Valhalas the other day when I stopped by to help a guildmate out.  I suppose to the Vrykul, a defeat is a defeat, whether it came at the hands of another Vrykul or a monkey in a fez.

Guild Runs: This Is How We Do It

I begin to suspect that our guild rule is something like this: when all else fails, SHOOT FASTER.  If necessary, run back from the graveyard, but SHOOT MOAR FASTER. 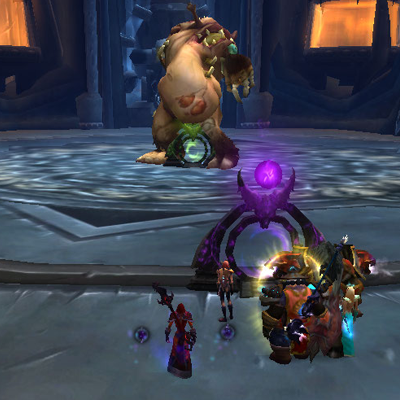 It gets you there faster AND has the added bonus of being kinda funny.

My guildmate, Abruine, was unfortunate enough to get me as his Secret Santa this year … I decided to make him a lovely collage and poem. 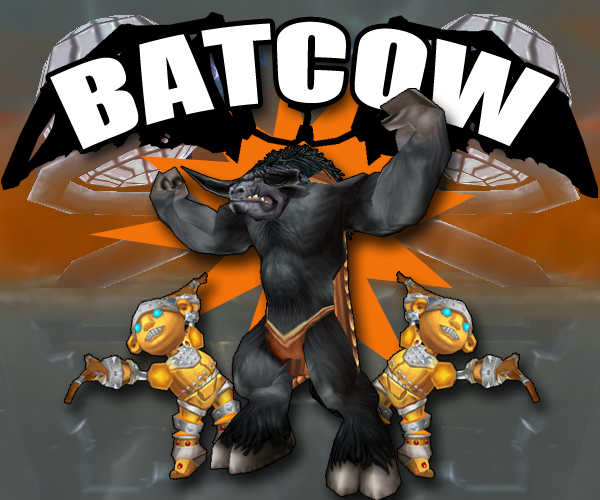 A blood elf by day
but a cow by night, he tanks.
Abruine is the Batcow.

When all mounts bore him
and no wyvern will suffice,
he’ll jump from the highest peak.

But never fear, for
his goblin glider is near,
and he bubbles on landing.