Because I make a point of finding as little out about the expansion ahead of time as possible, I just now saw some of the Challenge armor sets over at MMO Champion.  (I wish you could block certain people from showing up in the Reader, but it’s too late now!)  I’d link you there, but I accidentally closed the tab and I’m too lazy to go back and find it.

Thankfully, you can hide your helm.

What the hell is up with the priest hat?  There are just so many potential problems with this hat, like how to get through doors and how to walk when it’s windy.  I like stupid hats (after all, I wore a +4 Cake Hat and a Dead Fish hat all the time in Ragnarok Online), but seriously!  If you can take off your hat and serve punch in it, there’s a problem.  This thing reminds me of:

That Hat Reminds Me Of
DOORKNOBS

No door is the same without one!

That Hat Reminds Me Of
ORNAMENTS 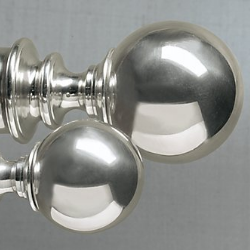 That Hat Reminds Me Of
FINIALS

Seen on staircases and curtain rods the world over!

Speaking of the expansion, it’s not too late to change course.  We should drop this whole panda thing and go for raptors instead, since raptors are scientifically proven to be nine times more awesome and fifty million times more fatal.  We’ll call it MISTS OF RAPTARIA!  Subject 9 returns from outer space, leading a new race of hyper intelligent raptors back to Azeroth!  Raptors will get a racial which gives them a significant bonus to every stat ever, because they’re raptors, and everyone knows that dinosaurs kicked butt.  (That whole asteroid thing was not their fault.)  The new class for the game will be the Philosoraptor!  They wind up experiencing some philosophical differences, though, so some raptors join the Alliance, and some join the Horde.

Trust me, Subject 9 is the best faction leader ever.  She makes  Varian Wrynn look like a wimp.  Next to her, Garrosh Hellscream looks even more like a chump than he did before.  When seen in her presence, Thrall is no longer God.  In the next-next expansion, she’ll lead the raptors to peace and prosperity through use of super-intelligent technology beyond our comprehension and will rule with an iron claw over Alliance and Horde alike.