So there’s this Blog Azeroth Thing, where Cymre asks what NPC your character would be.

YOU! YES, YOU!
You need a rocket camel!

Mechalis would be a Rocket Camel Vendor.  She would fly to different major cities (perhaps one city per week), exploding on the scene and causing mayhem and uproar and attracting lots of publicity, and hopefully making a nice tidy profit once the smoke clears.  She’d have to take one week off every now and then to replenish her supplies, but for the most part, she’d be devoted to sharing Rocket Camels with the world. 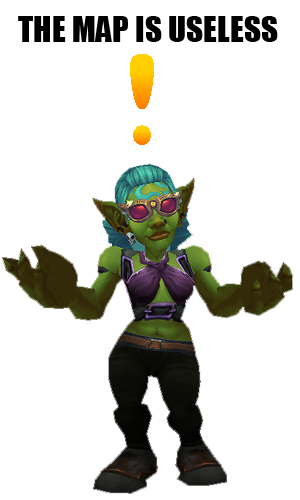 Thermalix would be a secret Quest Giver whom players would normally find lost in a corner somewhere in Dalaran.  If you talk to her often enough, you’ll get a quest where you can offer to escort her safely to the Auction House.  On the way, you will be assaulted by visions of nightmarishly expensive armor and Minigob Manabonk.  If you defeat them all and succeed in showing her the way, you’ll receive some of the engineering crap she’s stored in her bank.  If you’re lucky, you might even get an Explosive Sheep! 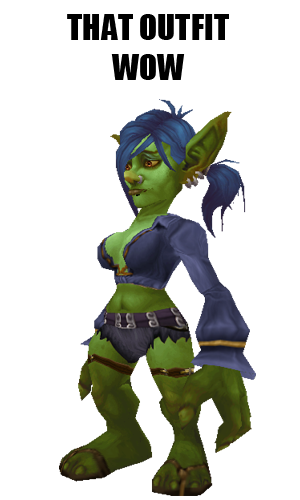 I wouldn’t go outdoors in that
But whatever, it’s your dignity

Centina would be a Transmog Specialist.  She’d stand next to the transmog guy in Orgrimmar and critique your outfit loudly and in public.  By critique, she means “inform you that your wardrobe choices need work, and your sense of color is totally … interesting,” and if asked, she’d recommend pieces for you.  This means no one will ever talk to her.

Bombelina would be an optional, rare spawn that shows up occasionally in some dungeon you run way too often to care about.  She would drop a prototype of her latest leather jacket design, made for those moments when you accidentally jump off your flying mount.  They explode upon impact, thereby negating the crushing force of the landing! 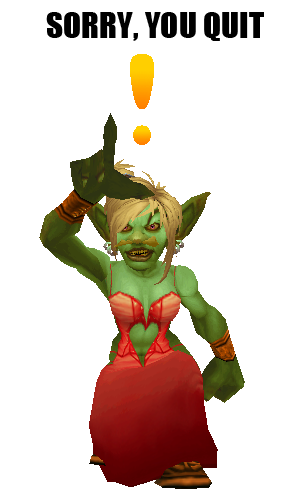 Thingie would be a daily Quest Giver related to your profession.  She would first ask you to produce 5 of something, which seems reasonable.  The next time you do the quest, she’d ask for 50.  After that, she’ll ask for 500 of the same item.  She would continue this until you are so horribly bored you think the skill up/bag of shiny things isn’t worth it anymore, so you abandon the questline and quit.  Months later, you’ll read a post on a site somewhere, saying that if you manage to survive all her requests, you get an epically shiny, super-duper rare mount.  But she won’t let you continue once you’ve abandoned the quests!

Majig, who hasn’t shown up in the blog in her own right yet, would be that Quest Giver who keeps on walking away from you while you’re trying to read the text, causing the box to close.  It isn’t a glamorous job, but somebody’s gotta do it.

The Story of My Life
The best laid plans of goblins and mammoths oft go awry.

Caliverne Isn’t Sure How He Feels About This
Normally Thermalix is half his size.

Mysterious Floating Vrykul
She doesn’t do this Drakkensyrd harpoon crap.

How to Survive in Heroics, Part 1

How to Survive in Heroics, Part 2
Just an FYI

Not So Heroic Leap
As they say, it’s not the fall that kills you.
It’s the sudden impact at the end. 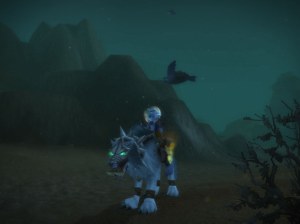 Nothing Makes Sense
But then, why should it?

Well That’s Awkward
You can tell he wants to bite Verse. 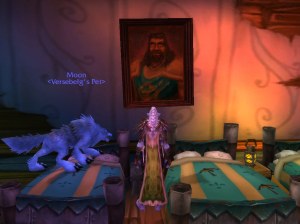 Verse and Gambachi
If only I had known how to turn off nameplates at the time.

And that’s it.  I’ve saved some others and deleted the ones I don’t need.  My screenshots folder is a blank slate.  Perhaps Mechalis should release screenshot albums on a quarterly basis?

Centina and Thrall BFF
Wait, is Kaja the Raptor photobombing? 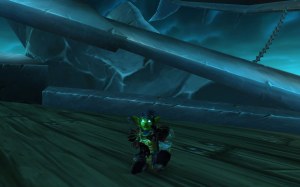 Mechalis Being Dramatic
So it wasn’t actually that dramatic.
She got stuck looting, but she could still sit down.
That said, it made for a great “Death Knight reaches out for YOUR SOUL” sort of shot. 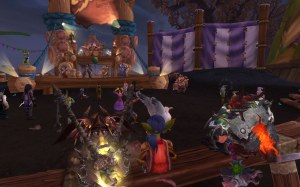 The Tauren Chieftains
… and you can see Gulliver the Seagull!

Bad Romance in a Russian Accent
Mahanth clearly knows how to win men.

Running over a thousand screaming zombie gnomes with a ball of fire?  Yes, I think that qualifies.