Well, I’m just going to throw this out there: maybe normal raiding SHOULD die.  Maybe this whole new “Flex Raiding” thing will edge normal out INSTEAD of making LFR obsolete.

IMPORTANT DISCLAIMER: While my general point stands, I am often sarcastic in presentation.  Most of my backup is anecdata and the rest exaggeration.

TL:DR VERSION: Normal’s a good idea whose time has come and gone, LFR is not to blame, and also, you’re doing it wrong.

Why “Normal” Should Die:

This Crap Is Now Too Hard To Be “Normal”
Usually, life goes something like this: stuff gets easier and these young fools don’t know how good they have it, so the older, jaded and more respectable person says, “back in my day, people walked up hill both ways in the snow to school in the middle of July without any shoes, and we didn’t have those fancy backpacks on wheels you hooligans got.”

But that’s not how raiding in WoW has developed.  Walking up hill both ways in the snow has always been the norm to start with.  If sheeyit wasn’t trying to kill you and nearly succeeding, you either hadn’t pulled yet or you accidentally reset the encounter.  Still, boss fights were comparatively simple to where things stand today.  Now, crap hurts and you have a crapton of  mechanics to remember on top of that.  The higher the mode, the more crap you have to keep on top of.

In essence, the old fart is the only one who stands a freaking chance of raiding without going through the whole bang-head-against-wall-until-skull-cracks-rinse-repeat method for ages because he’s got the gear, the experience and the sense that there’s a light at the end of the tunnel since he’s made it there before.  That young sap has the disadvantage of lower, non-raid gear to start off with and being new to raiding in general.  Worse, it’s not ENOUGH to be good these days.  You gotta be good, geared, gemmed, enchanted, flasked, fed, well-researched and addon-ed (some of which require rep grinds and professions); you need to have an equally competent guild and pray to Gawd nobody lags.  Anything less, and EL OH EL go home try again.  If you have to pug raid members because you don’t have enough bodies for a full group, well … sometimes, there’s nothing that can compensate for that.

This sort of situation has led to an interesting disparity in player skill level.  You’ve got the “just finished leveling” sort of player and the “been at end game for awhile, tried raiding sometimes” type fairly close together.  Then there’s a large gap in which LFR falls somewhere, followed by the “official regular raider” style player and the “sublimely competent insanely high item level heroic raider god(dess) wow would you look at that sword” sort.

Jumping the chasm by yourself – that is, learning how to raid on normal mode without being hand-held the whole way – is officially a pain in the ass.

Player Score Sorter and Status Quo Preserver
Some people get legit pleasure out of overcoming challenges, topping the meters or working together as a team.  But I often sense a bitterness or judgmental anger on the part of others, who feel LFR has put rewards that are too good too close to the reach of too many undeserving players. 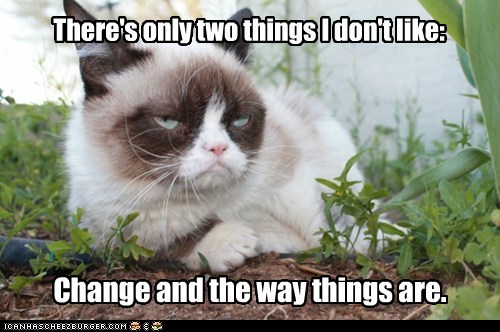 I never go a week without hearing or reading some older, jaded and more respectable player complain about how good these young hooligans have it these days and how that makes it oh-so-terrible for everybody and the game as a whole.  The game is too easy now!  You get mounts at level 20!  You can fly!  You have heirlooms!  You get legendaries from freaking quests!  LFR gives you purples!  LFR trash mobs don’t cause you to fall over dead just by looking at you funny!  They almost always conclude with how you had to actually WORK for things with REAL SKILL back in THEIR day.  This mythical, magical age WHEN IMPORTANT THINGS STILL MATTERED is typically set in Wrath or Vanilla.  Note, however, that they’re still playing.

Gosh, change is so unfair.  All these noobs getting crap they don’t deserve from a mode of raiding that UserA doesn’t find personally challenging because he’s been raiding Since Gawd Knows When.

Sometimes I think this contingent protects and persists in normal mode raiding because it’s like some sort of reasonably attainable bastion of gaming respectability.  It’s where folks can show that they got the goods, and that they’re more LEGIT than that guy who started later or who sucks more.  It’s not that they’re hardcore, per say, but they’re a Someone who takes things Seriously, like these things should be taken.  Raiding is something not everyone can do, and to these folks, it’s best kept that way.  It keeps distinctions in place.  Plus, it offers the bonus of enabling you to move up to the highest tier – joining the rarefied atmosphere of those who raid at the heroic pinnacle of the game.

Unfortunately, WoW passed into the mainstream long ago.  As a result, it is no longer some sort of perfect sanctuary against the outside world – or the incompetent.  Stupidity is the norm in the world, and what’s out there is in here – and has been for years.

R-E-S-P-E-C-T, LFR Ain’t What it Means to Me
Having gone through LFR so frequently, I’d also argue that we look at LFR from the wrong angle.  That is, people who complain that it’s too easy seem to think that it’s actually meant to replicate a “real raiding experience” at a lower skill level.  You know, what with the name and all, this makes total sense.  Unfortunately, any idiot with a gearscore of 460 can queue for Mogu’shan Vaults LFR, which means that it’s utterly useless as a skill indicator and moreover, it infects formerly smart people with a dumb that cannot be cured, ever, except by miracle.  Otherwise, how do you explain the fact that they keep on LFRing, even when they can actually raid?

Here’s the thing: LFR is just as much a child of LFD as it is raiding, and while it may have all of a raid’s looks, it takes after LFD in the personality department.  It is nothing more than a heroic dungeon with way more people.  Every dysfunctional component of a LFD group will be present, and if you’re looking to apply skill against a mighty boss, you’re completely missing the biggest opponent in the room – everyone else.  In many cases, you need to master actually talking to perfect strangers REPEATEDLY in instance chat in order to survive.

This is not to say that other members of an LFR group are out to get you, since MOST are not.  But the other LFR members are there for themselves, just like you’re there because the valor, gear or whatever benefits you.  They don’t care about you, and they certainly don’t care about making your life – or anybody’s life – easy, because this is no team and will never be.  There is a set of predefined rituals that are followed to the letter because that’s how things work, and no one is going to go out of his or her way to do something the way you – or normal mode – think is the right way.

The lack of caring, teamwork or even general sportsmanship doesn’t mean LFR killed normal mode raiding.  One might argue that LFR HELPS normal mode raiding to exist by enabling people of average skill to gear up faster than would otherwise be possible.  It’s possible to overgear for Mogu’shan Vaults normal by getting decked out in ToT LFR items.  Isn’t making normal raiding more feasible a good thing?

Reward vs. Effort
Speaking of gear, nobody gives LFR credit for its other challenge: surviving when you don’t get the items you “need,” repeatedly, on top of the endless stream of strangers, fools and general weirdness.  LFR isn’t as bad in terms of reward vs. effort, however, as normal raiding is.

To get into LFR, all I have to do is get a gearscore of 460 or higher.  I can do this by running heroic dungeons, which are old hat for anyone who intends to raid in LFR or otherwise.  I can then get improved gear for making it to the end of boss fights in LFR.

For normal raiding, I did the following, and all of these things could be considered standard:

We were a small guild, and often we had to pug two or even three people to replace those who couldn’t make it.  It’s always a gamble, and unfortunately, normal mode is tuned so tightly that doing so was often a total disaster.  In sum, normal mode was a lot of work for a lot of pain and high repair bills, and I didn’t get a darn piece of loot.

Remind me why, exactly, people want to do normal raiding again?

Now That You’re Good and Offended, Here’s the Conclusion

Folks blame LFR for ruining normal raiding.  Maybe the perceived decline in normal raiding, casual guilds and their numbers is a result of player shift, erosion of reward value vs. effort paid into the system, and the fact that it’s just a freaking pain in the ass to fight the Stone Guards on normal while wearing heroic gear in the 460s.  LFR is simply answering the majority’s needs far better than normal raiding could, and that’s why people keep doing it instead of normal raiding – despite its shortcomings, they get something out of it.

If you want more people to raid at the normal level, then bring it to a point where either the rewards are in line with the amount of effort put in, or to a place where our expectations are so low we can’t be disappointed.  Say, a step up from LFR but waaaay below heroic … oh, I guess that’s the “Flex Raiding” now!